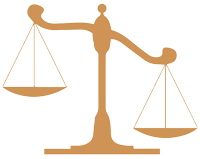 How Does Eminent Domain Work?

It surprises most people that the government can allow certain private businesses to use the government’s power of eminent domain, as long as the use is for a public purpose.  Utility companies and pipelines are probably the two most frequent examples.  If for instance, a pipeline company wants to build a new pipeline to carry gas from one place to another in order to provide natural gas to customers—a public use—the government might allow the pipeline to condemn the land that it needs for the pipeline right of way.  When that happens, the general condemnation rules apply.  To be effective in receiving the full compensation that is his right, the landowner must comply with all the same laws, deadlines, and rules that he would face in a normal government condemnation.  That is why an eminent domain lawyer could greatly benefit the landowner regardless of whether the government or a business is taking the land.

Is an entity with eminent domain authority threatening to take your property? Many landowners are unclear about what to do after receiving notice that their property will be taken for a public use project. Texas landowners in this circumstance should consider a Texas eminent domain attorney as soon as possible.  Negotiating with the condemning authority without the assistance of a Texas eminent domain lawyer runs the risk of being underpaid. This, though, could be a major blunder. A condemnation lawyer can safeguard your rights if, like most people, you are unfamiliar with the state’s eminent domain rules. When it comes to taking property from private owners and businesses in Texas, the government and other institutions with eminent domain power employ specialists. They employ appraisers, right-of-way agents, and their own condemnation lawyers.  A landowner facing condemnation would be well-advised to rely on an experienced condemnation lawyer to protect the right to full, just compensation.